Can anyone explain to me why getting a new cell phone requires advanced degrees in quantum physics, calculus and anger management?  The formula for replacing a phone looks something like this:

where a = the number of stupid questions the automated answering machine asks before you get to talk to a real person; b = the number of "free" upgrades teens have used, extending our contract into the year 2037; c = the number of mere minutes before the current "gotta have it" phone is outdated; d = the number of "authorized dealers" you must visit before finding one who is actually authorized to do anything; and x is just some random number that you must guess correctly on the first try in order to be allowed to JUST BUY A FREAKING PHONE!

Fun at the Great Nebraska Beerfest

Approximately 50 Craft Brewers with their menus of various types of beers assembled in one area.  Your ticket got you a 4 oz. tasting glass that they filled to a 2 oz. level – as many times as you’d like.  We had a fun afternoon - tasted lots of beer, talked to other beer-lovers.  Dave is a bit of a "beerie", or whatever you call the beer version of a foodie.  He loves to try out new and little-known brews.

Our top pick of the day was Halcyon Wheat from Tallgrass Brewing Co. in Manhattan, KS.  Dave also enjoyed Boston Beer Company's (Sam Adams) Wee Heavy Scotch Ale, and 90 Shilling Scotch Ale from Odell Brewing Co. in Fort Collins, Colorado.  I'm not what you'd call a big beer fan, so I went more for the "unusual" entries, like Cubano Espresso American Brown Ale from Cigar City Brewing in Tampa, Florida - "Aged on whole beans from Naviera Coffee Mills #3 Espresso blend with chicory."  It had a very distinct coffee flavor.  I also tried Chameleon Brewing's Witty American Wheat Beer - brewed with Grains of Paradise, a peppery spice - and a gluten-free beer brewed from sorghum and corn by New Planet Brewery in Boulder, Colorado.  I can't say I would want to drink a pitcher of any of them, but then I wouldn't drink a pitcher of any kind of beer.  After we had our fill of beer and sun, we walked to Nebraska Brewing Company's restaurant nearby and had a bite to eat (and let the beer wear off) before we drove home.

For our anniversary I gave Dave a membership to a beer club.  Every three months he receives twelve beers (3 each of 4 varieties) from micro-breweries across the country.  He will be reviewing his first shipment in the near future, so if you're a beer lover, watch here for his recommendations.

Six Word Saturday is sponsored by Cate at ShowMyFace.  Want to play along?  Just describe your life (or something in it) in a phrase using exactly six words.  For more information click here.  You can add an explanation, a video, a song or nothing at all.  Visit Cate's blog to link your entry or to read all entries.
Posted by Tami at 9:54 PM 7 comments:

Dr. Marina Singh, a research scientist with a Minnesota pharmaceutical company, is sent to the Amazon to find her former mentor, Dr. Annick Swenson, who seems to have disappeared while working on a new drug. No one knows where Dr. Swenson is, and the last person sent to find her died before completing his mission. Plagued by trepidation, Marina embarks on an odyssey in hopes of finding answers.
Now in her seventies, the uncompromising Dr. Swenson dominates her research team and the natives with the force of an imperial ruler. But while she is as threatening as anything the jungle has to offer, the greatest sacrifices are those Dr. Swenson asks of herself, and will ultimately ask of Marina, who finds she is still unable to live up to her teacher’s expectations.
Replete with poison arrows, devouring snakes, and cannibals, State of Wonder is a tale that leads you into the very heart of darkness, and then shows what lies on the other side.
Those who know more than I about literature, such as reviewers at the New York Times, Publishers Weekly, Washington Post, etc., described this book as dazzling, gripping, thoughtful, profound, exciting, engaging, and a page-turner. but I was left in my own State of Wonder-ing why?  I may be banned from reading future "literary fiction", but I'm going to open up and admit that I gave up on this about half-way through.  While the premise of the story was interesting, I found that it moved so slow that, by the time I stopped reading (at the point where Marina had arrived in the jungle village),  I couldn't say I really cared what happened.

So, fellow readers.  Did I bail too soon?  Is the second half of the book worth retrieving the book from the library?  Someone please tell me what I'm missing.
Posted by Tami at 10:17 AM 2 comments:

You Say It's Your Birthday!

Today is my sweet Hubby's birthday.
And in honor of the day,
here are a few of his favorite things: 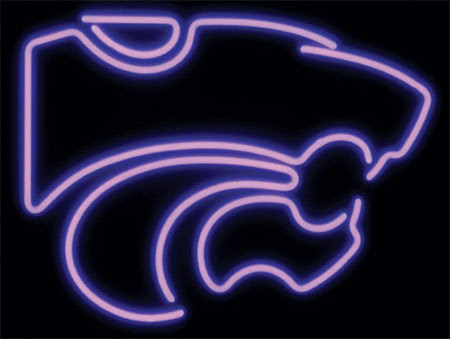 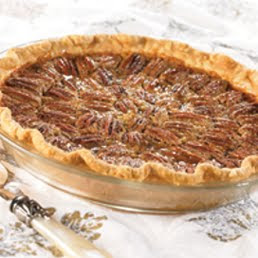 And because Alice Cooper never sang a song called
"I'm Fifty-Two", this will have to do.
Happy Birthday, Dave!
Posted by Tami at 12:01 AM 5 comments: 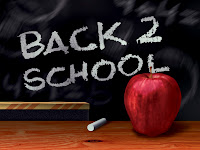 For the past sixteen years our family has observed a special day in August . . . The first day of school!  The way we celebrated that day changed through the years, but it has long been a part of life.  It began when Mitch left for Kindergarten with his brand new backpack, and his stuffed Winnie-the-Pooh clutched tightly.  (Each child was to bring a favorite stuffed animal for comfort on the first day.  It's not that my child had a particular thing for walking around with  Pooh Bear.)  There were tears (mine) and the teacher had to escort me to the door and insist that she could handle it.  But I didn't want her to handle it.  I didn't want her to have more of my child's waking hours than I did.

The next year, Amanda joined him at the "big school" (not pre-school) and it was a little easier.  We tease Amanda that I cried when Mitch started school and did cart-wheels when she did.  That's not entirely true - cause I can't even do cartwheels.  Granted, she required more effort at home.  Her "social butterfly" days began in her toddler years and she needed a constant string of friends to fill her time.  So, yes, it was easier to accept the teacher's assistance with occupying her ever-curious brain all day, but that adorable little blonde with the pink backpack was still a piece of my heart that walked off to school without looking back.

First day of school also meant new clothes and school supplies.   It was one of the few times that Daddy joined us on a trip to Wally World.  He would take one child and his/her  list of required supplies, and I would take the other.  I think Amanda always tried to get Dad as her escort, because he was an easier mark.  "But Daddy, I want the cute pink notebook with the kitty on the cover.  I know it costs $1.95 and the plain red one is 20 cents, but Daddy. . . [batting of big brown eyes]"  Worked every time!

As the kids got older the shopping trips became more frustrating . . . and expensive!  There's probably a correlation there.  Wal-Mart was slowly replaced by The Buckle and Maurice's.  No more Rustlers jeans and comic-character tennies - only Levis and Nikes.  Then came basketball shoes, and cheerleading outfits and cars.

To compensate for the hair-pulling shopping trips, it got easier to send them out the door on the first day. I hosted "Hallelujah, They're Back in School" breakfasts at my house for other moms who wanted to celebrate having 8 hours of independence again.  If you are the mother of school-age kids and are feeling guilty because you secretly delight in their return to school - don't!  You are not alone.  We are Legion!

In 2009, we had our first "First Day of School: The College Years".  To quote my mother-in-law, "Now there's a day you'll never forget!"  Once again, I cried . . . and cried . . . and cried.  In August of 2010, we did it again.  And I cried . . . and cried . . . and cried.  Yesterday was First Day of School #16, but both kids were already living in their college homes, they bought their own supplies and they got themselves to class without my help.  To keep myself from wallowing in self-pity and to avoid another flood of tears, I packed a shopping tote with notebooks (the pretty, expensive ones), some gourmet snacks, and other goodies and headed to Manhattan (two hour drive) to celebrate Back to School with Amanda.  We had lunch with our friend, Susan, tried out the new fragrances at Bath and Body, and bought Amanda a new pink backpack.  Then I dropped her off on campus and she even looked back to wave goodbye.  Some traditions are never outgrown.


*For the Fairness Police among you who are questioning, "But what does Mitch get for the First Day of School?"  I guarantee that he has had his share of parental trips to spoil him, and will have more.
Posted by Tami at 4:27 PM 1 comment:

That pretty much sums up what we've both done today and why this post is so late.  :)


Six Word Saturday is sponsored by Cate at ShowMyFace.  Want to play along?  Just describe your life (or something in it) in a phrase using exactly six words.  For more information click here.  You can add an explanation, a video, a song or nothing at all.  Visit Cate's blog to link your entry or to read all entries.
Posted by Tami at 7:21 PM 4 comments:

Alexandra “Zan” Moreland is haunted by the disappearance of her own son, Matthew, kidnapped in broad daylight two years ago in Central Park—a tragedy that has left her torn between hope and despair.
Now, on what would be Matthew’s fifth birthday, photos surface that seem to show Zan kidnapping her own child, followed by a chain of events that suggests somebody has stolen her identity.
Zan, sustained only by her belief that Matthew is still alive, sets out to discover who is behind this cruel hoax.
What she does not realize is that with every step she takes toward the truth, she is putting herself— and those she loves most—in mortal danger from the person who has ingeniously plotted her destruction.
Zan herself begins to doubt her own sanity, until, in the kind of fast-paced explosive ending that is Mary Higgins Clark’s trademark, the pieces of the puzzle fall into place with an unexpected and shocking revelation. (from publisher's synopsis)


Interesting plot with current topics - child abduction and identity theft.  I have to agree with Publisher's Weekly, who became frustrated with "contrivances that prevent key information from reaching the heroine".  The believability of the missed connections that kept the case from being solved chapters sooner began to wear thin.  Also, the budding romance between two of the main characters was very superficial.  They've met a couple times on business and now they're in love?  Superficial is just a good word to describe all of the characters.  These are not Ms. Clark's best characters, but still a pleasing plot-line with a satisfying ending.

Only 38 days to the Autumnal Equinox (September 23rd) and I'm already seeing signs of Fall:  leaves are beginning to change color,
high temperatures have dropped below 90,
school starts on Monday, and . . .

All my rowdy friends were over last night!

If you hadn't guessed, we like football.  Lazy Sunday afternoons, a pot of soup,
friends over, beer and the Broncos on TV.  It doesn't get any better than that.

Except for a crisp Saturday afternoon in Kansas State University's Bill Snyder Family Stadium watching the Wildcats!!  The Cat's kick-off Labor Day weekend, September 3rd and we have tickets in hand for the whole family!

Are you ready for some football?